​Nov 10, 2016: MSNBC: T.D. Jakes: We are dealing with the shock, grief over election...
Peaceful protests erupted over parts of the country after Donald Trump won the presidency. Senior Pastor of the Potter’s House, T.D. Jakes, and the Huffington Post’s Howard Fineman join MSNBC’s Tamron Hall to discuss the “shock, grief” that some Americans are feeling
​Nov 3, 2016: Charisma: Oprah Reveals the TD Jakes Sermon That Helped Her Through Her Darkest Moment
Oprah Winfrey says a T.D. Jakes' sermon carried her through her darkest moment.
​Aug 14, 2015: Charisma: Oprah, Osteen, Jakes and Homosexuality
Instead, what's of real interest to me is that Oprah Winfrey has actually been criticized by gay activists for having Joel Osteen and T.D. Jakes on her network, since both of them affirmed on her airwaves that homosexual practice is sinful in God's sight. Yet she continues to welcome them to speak for her and does not consider them homophobic bigots.
July 22, 2015: Charisma: Grammy Winner Says This About TD Jakes' Pointed Critiques
T.D. Jakes' heart-to-heart with the Braxton family drew myriad responses, from tears to cheers, but Tamar Braxton says she's grateful for his words.
July 9, 2015: Relevant: Pastor T.D. Jakes Is Launching a Talk Show
This summer, megapastor T.D. Jakes is launching a trial run of a new talk show. The show, a “headline-driven” topical series, will touch on a broad range of subjects, not only religion spirituality.
June 20, 2015: All Christian News: Deitrick Haddon calls out TD Jakes, but some are calling Haddon’s behavior irresponsible
HipHopHollywood reported that he threw a challenge at other men of the cloth and said, “If you are a real person, if you are bringing it for real, you shouldn’t be afraid of this show. Open up your doors, Bishop Jakes! Open up your doors, Creflo Dollar. Open up your doors, Bishop Morton!”
Feb 10, 2015: Eurweb: ‘Tithing’ as a ‘Sunday Morning Stickup’ Author Sues TD Jakes’ Potter’s House Church
*When David Lee Richardson wrote a book that essentially implied tithing is a rip-off, it appears he didn’t think the consequences all the way through.
Feb 3, 2015: Courthouse News Service: Author Claims Megachurch Defamed Him
Dallas-based megachurch The Potter's House threw out an ordained member for writing a self-published book called "Sunday Morning Stickup: What Your Pastor Doesn't Want You to Known About Tithes," the man claims in court. David Lee Richardson sued The Potter's House of Dallas, Sheryl Brady, T.D. Jakes, Joby Brady and Mark Jeffries, on Jan. 27 in Collin County Court.
​​
Jan 15, 2015: Dallas Morning News: Evangelical leaders from across the U.S. tackle nation’s problems
The organizer of “The Reconciled Church,” Bishop Harry R. Jackson of Hope Christian Church in suburban Washington, D.C., and the host of the event, Bishop T.D. Jakes, senior pastor of The Potter’s House in Mountain Creek, said a faith-based approach to dealing with America’s deepest problems is the only real way to solve them.
Nov 28, 2014: Pimp Preacher: Bishop T.D. Jakes Is Having A Black Friday Sale: Even The IRS Is Getting Pimped!
Well I think we can safely say it officially - Church is a Business. Church is nothing more and nothing less, than a For Profit Business.
Sept 25, 2014: TD Jakes: Megachurch leader T.D. Jakes to sue Young Jeezy, Kendrick Lamar over sampled speech on 'Holy Ghost' remix
The remix in question opens with a sample of Jakes' 2013 speech 'Don't Let The Chatter Stop You,' but experts say hip hop artists may be protected under fair use laws.
Sept 16, 2014: Charisma: Bishop T.D. Jakes Producing 2 Television Shows
Bishop T.D. Jakes is known for producing faith-based movies such as Heaven Is for Real, but the 30,000-member megachurch pastor is now taking his talents to the small screen: TV. And not Christian television this time, but secular TV.
Sept 12, 2014: Hollywood Reporter: T.D. Jakes Developing Two Shows for Syndication (Exclusive)
The pastor of a Dallas megachurch is working on a weekly show built around a self-help book he authored and a daily talk show
Sept 5, 2014: EEW MagazineBuzz: Did TD Jakes Hear This? Mega Pastor Featured on Jeezy’s Profane ‘Holy Ghost’ Remix Single
Bishop Thomas Dexter Jakes, 57, is one of the most recognizable preachers in the world, with his influence expanding well beyond the four walls of his Texas-based Potter’s House church.
​
Aug 20, 2014: Christian Post: T.D. Jakes on Michael Brown: Racial Profiling Puts Black Men 'on the Endangered List'
Texas Megachurch pastor T.D. Jakes blamed racial profiling for the fatal police shooting of 18-year-old Michael Brown, saying America is far from being a post-racial society and that racial profiling is putting black men "on the endangered list," in a blog published on Huffington Post.com.
​​
Aug 16, 2014: Nehanda Radio: Top 10 richest pastors in the world
1. Bishop T D Jakes: Bishop Jakes lives in a $1,7 million mansion, he has been called America’s best preacher and has been featured on the cover of TIME Magazine. He is a writer, preacher and movie producer. Thomas Dexter “T. D.” Jakes, Sr: Is the bishop/chief pastor of The Potter’s House, a non-denominational American mega church, with 30 000 members, located in Dallas, Texas. TD Jakes wears custom made suits and sports a diamond ring the size of a coin. This man of God has been endowed with a $150 million net worth.
June 20, 2014: Apprising Ministries: T.D. JAKES HOSTS CHRISTINE CAINE ON TBN’S PTL TONIGHT
Jakes was also a featured speaker for Bill Hybels and Willow Creek Church in the summer of 2010 as well. Despite his denial of the Trinity, i.e. the very nature of God, there right alongside Hybels, Christine Caine, and some others, T. D. Jakes spoke at The Global Leadership Summit 2010.
​​ 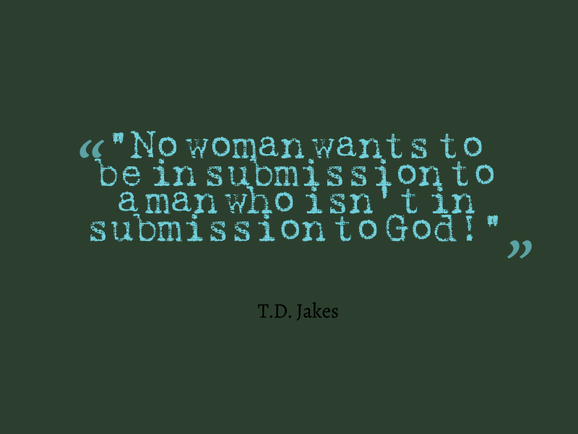 Oct 20, 2013: News One: Deitrick Haddon Responds To T.D. Jakes’ Criticism Of ‘Preachers of L.A.’
Deitrick Haddon, star of Oxygen’s smash docu-series Preachers of L.A., called into Atlanta’s 102.5 Praise and responded to Bishop T.D. Jakes’ sharp criticism of the show.
​​
Jan 30, 2012: Christian Post: Texas Pastor Reveals Rift With James MacDonald Over TD Jakes' 'Heresy'
Voddie Baucham, Pastor of Preaching at Grace Family Baptist Church in Spring, Texas, has released a blog post in which he explains why he turned down an invitation to participate in the second round of The Elephant Room, held Jan. 25, and left another conference hosted by James MacDonald without fulfilling his speaking duties.
Sept 9, 2005: New York Times: ​Stern Words From the Preacher at the President's Side
​At first glance, T.D. Jakes is not an obvious fit with the buttoned-up Bush White House. As the founder of the Potter's House, a 30,000-member megachurch in southwest Dallas, he is a multimillionaire businessman, novelist and playwright. He also happens to have played himself in the R-rated movie version of his best-selling book, "Woman Thou Art Loosed," the story of a woman raped as a girl by her mother's boyfriend.