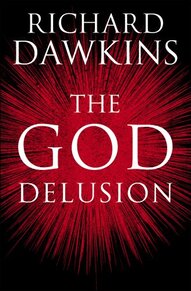 In the preface of Richard Dawkins book, "The God Delusion," he writes that it is likely that many people do not accept evolution because "They simply have not been properly taught Darwin's astounding alternative." He blames the educators after adding this to the preface of the paperback issue of his book where he spends several pages defending his "atheism."

I read Dawkins book when it first came out and thought it amusing. But he holds an attitude which he embraces and passes on to all of the "Dawkins Groupees" and that is basically that if you don't agree with what he is claiming is truth, then its because you just don't understand it or have not been taught correctly. As I go back through the book in a series of critical articles this will be a recurring theme. It is a dogma that most "atheist" debaters, pundits, and promoters all embrace. In debates I have made every effort to emphatically claim that "I understand exactly what you are saying and that is why I disagree with you." They do not understand that. They will still claim that if you don't believe as they do then you don't actually understand. It's rather amusing that one of the things they are offended by religion or Christianity is the dogma of it. Yet they don't see that they themselves hold their own dogma, albeit a nonreligious dogma, but a dogma nonetheless. So it's clearly a dogma eat dogma world in the realm of believers vs non believers.

At some point I will have to address whether or not I even suggest its a worth while effort to debate atheists. For the record, I lean toward it being a waste of time, but I say that after having spent much time debating them. I initially suggested it was a good mind exercise because "iron sharpens iron" (as the Bible states). But later I realized I was giving their arguments far too much credit in saying that it was "iron." At best its a lot of aluminum and tin cans and Richard Dawkins is one of the best known perpetrators of being a "tin can pusher."

In the first chapter of "The God Delusion"  (titled, A Deeply Religious Non-Believer), Dawkins begins by suggesting that one of the reasons there are religious people is that they don't appreciate the heavens, like "Orion, Cassiopeia, and Ursa Major.." and quotes Carl Sagan: "How is it that any major religion has looked at science and concluded, 'This is better than we thought!' "


Though there are likely some religious folks who reject science as something anti-Biblical, for the most part that is not even remotely true. In fact, it was through contemplating the stars and the depths of space that many, such as I, developed a real sense of the reality of God.  In fact Psalm chapter 8 brought it into focus: "When I consider thy heavens, the work of thy fingers, the moon and the stars, which thou hast ordained; What is man, that thou art mindful of him? and the son of man, that thou visitest him?"

Maybe Dawkins and Sagan are bothered that they don't give credit to science for the stars and the heavens for being there as if "science" was the creator? The universe, however, has only been observed by science. Stars and planets have been named by scientists. High tech equipment has been created to see the universe even better.......but it's never seen the end. The expanse of the heavens goes farther than mans best telescope can see. And its never seen any other human life forms anywhere. In fact, the farther we see into the universe, we realize how small we are in comparison and we just get smaller as the comparison gets bigger.

The key to the Psalm is in the word "consider." One has to take the time to "consider" thoughtfully and contemplate the universe. I discovered very early on that most people who claim to be "free thinkers" arent really free at all. The descriptive only implies that they are "free" to think outside of "religion." But their thoughts are bound by science and its latest revelation. Or by some famous author, like Sagan, who have done marvelous things in the realm of science and natural revelation, but, in the end, what does it mean? Carl Sagan died and left a body of scientific work which described a universe that was here a long time before he was and appears to be here for a long time after.

Dawkins quotes Nobel Prize winning physicist  Steven Weinberg who wrote "..like any other word, the word 'God' can be given any meaning we like. If you want to say 'God is energy,' then you can find God in a lump of coal."
And I will agree and say that Weinberg observes correctly. And he even explains the motive of many scientists, like Sagan, who sought for their "God" in his work.  I will have to admit that the churches of America are loaded with people who are seeking the "God" which they interpret to be there. Frustrated, of course, but still searching. Dawkins, himself, has a failed religious search which will come up in later chapters. But, like Weinberg, Dawkins has made himself an expert on the "God" people make up, but never addresses the God who is there.

Dawkins makes an effort to clarify that there are scientists who might sound religious but are not and makes a good case for Albert Einstein, though casually mentioning Stephen Hawking, also. One of Einstein's more popular quotes is "Science without religion is lame, religion without science is blind." Dawkins goes on to show that when Einstein used the word "religion" he was not referring to the use in the most common sense, but rather as an "admiration." I use the same word "religion" in the same context as Einstein used it when I describe the dogma of atheists and skeptics. Some atheists get bothered by that just because "atheism is means no religion" they claim. Well, I then have to refer them to Albert Einstein, or let them know Richard Dawkins explained it in is book. I am not sure what that makes me when I have to proselytize an atheist and send him to an atheist for information. Nevertheless, Einstein thought the "idea of a personal God is quite alien" to him and "seems even naive." I am not sure what that means or if I can assume then a non-personal God would be more acceptable.


Dawkins clarifies his position by making it clear that he is not opposed to religion, but only calls "supernatural Gods delusional."   A "religious" appreciation of the natural is sensible atheism, he says. "Pantheism" (or as I refer to it as "everythingism") is what he calls "sexed up atheism." And "deism is watered down theism." In Dawkins view, it is theists who believe there was a God who supernaturally created all things and is still active in life today. Deists, on the other hand, believe God supernaturally created all things, but then left us alone.

Folks like Dawkins and his devotees are generally bothered most by all things "theistic" but are likely OK with deistic thought in which God doesn't bother anybody. The crux of Dawkins issue is mostly just that: If God does something it bothers him. And by that, since, clearly God is not working wonders and miracles through Richard Dawkins, he does not want to hear anyone else suggest God did anything for them. Does the idea of something "supernatural" make his head spin? We will see as we move on in the book. So far we are only up to about page 41 in the first chapter.​