​1) Revelation helps us see our situation in its true perspective.  We are living between two worlds: the first heaven and earth, which are destined for destruction; and the new creation, to which we already belong as God’s holy city, the bride now being beautified for her Husband.  Jesus’ Revelation to the churches through John is given to help us navigate the paradoxes built into the ‘betweenness’ of our situation.  Revelation is also brutally frank in revealing the call to follow Christ as a call to suffering and even death.  More than this, Jesus shows us that his victory over the enemy has blazed the trail for our victory.
2) Revelation helps us see our enemies in their true colors.  Revelation calls the church, Jesus’ witness, to exercise wise discernment, lest we be taken in by an impressive image that masks an ugly and empty reality.  The enemies include the beast (the power of government), the false prophet (religious deception), and the harlot (the idolatrous allure of material affluence and social acceptance).
3) Revelation helps us see our Champion in his true glory.  Whenever Revelation works on us as God intends it to, we trust, love, and fear Jesus more.  The purpose of its graphic portrayals of the dragon’s heavy artillery is not to haunt us with nightmares or keep us awake with night sweats.  It is to direct our eyes and hearts away from ourselves, to focus instead on Christ, the seed of the woman who crushed the ancient serpent’s head and now sits on God’s throne.  He is the lion of Judah, the slain Lamb, the captain of heaven’s armies, the faithful witness, the husband who lives his bride, etc.
4) Revelation helps us see ourselves in our true beauty.  Jesus loves his church.  Of course he is not blind to her blemishes, nor will he leave them untreated to mar his brides complexion when our wedding day arrives.  But Revelation shows us the lengths to which the Lamb has gone and will go to make us the holy city in whom he will dwell forever.  Christ loves his church and binds himself to her with bonds that no enemy from without and no failure of ours from within can sever.”
5) Revelation helps us endure suffering, stay pure, and bear witness to Christ.  The first century churches that John was writing to faced suffering and even martyrdom.  He wrote to encourage them to press on through suffering.  He also wrote to warn us of the devil’s appealing power and alluring guise, helping us fight spiritual seduction.  Finally, Revelation keeps us from withdrawing into a religious ghetto and keeping the gospel a secret.   The church is called to be Jesus’ witnesses, fearless in engaging the culture because we are confident in his care for as long as our mission on earth lasts.
Triumph of the Lamb by Dennis Johnson.

April 16, 2020: Contemporaries keep using the term “apocalypse,” but literalist biblical interpretation notwithstanding, the term doesn’t mean what many think it means. Deriving from the Greek apokalypsis, the word means “unveiling” or “revelation.” Hence, the title given to the final book of the Christian Bible, “The Apocalypse of John,” is accurately translated “Revelation” not “Cataclysm.” Not “The End.” Unfortunately, this root meaning has been forgotten in popular circles. When the term is understood as “unveiling,” we can then ask the right questions: What does this pandemic unveil? What have we refused to see about ourselves and the precarious world we’ve built, a world that now stands exposed and tottering in the harsh light of this unasked-for revelation? If we permit this crisis to expose the fissures of our failing world, this pandemic will have served as properly apocalyptic. If instead, despite its devastating toll, we return to an obsolete and unsustainable world, nothing meaningful will have been revealed. ABC Religion & Ethics: ​Is this an Apocalypse? We certainly hope so – you should to 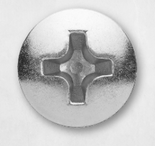 ​To “bare record” indicates that John saw these things. John proclaims in his books that he is an eye witness testifying of all he saw and heard.
John could easily bear record of the Word (Jesus). He was a daily companion of Jesus. This particular Scripture however is speaking of the things that John sees in his visions. The testimony of Jesus is salvation to all who believe. -Discover Revelation

“Just as He chose us in Him before the foundation of the world, that we should be holy and blameless before Him. In love John also calls Jesus “the firstborn of the dead,” a common way that early Christians expressed their belief that Jesus is the first of God’s righteous people to be resurrected and who guarantees the resurrection of believers (1 Cor. 15:20; Col. 1:18). This gave hope to the original readers of Revelation that even if they died for their faith, they would live again because they were united to Christ. As the church father Athanasius of Alexandria comments, “Since Jesus has risen, we too shall rise from the dead from him and through him.” -Ligonier

​Jesus repeats the Father’s self-description as “the Alpha and the Omega” and applies it to himself in Revelation 22:13. Further, Jesus refers to himself as “Lord” in the Gospels (e.g., Matt. 12:8; John 13:13-14), and eyewitnesses of Jesus ascribe to him the same title (e.g., John 20:28; Acts 2:36). Jesus and the New Testament writers also affirm the deity of Christ, which includes his transcendence and omnipotence. Thus, both the Father and the Son may rightly lay claim to being “the one who is, who was, and who is to come, the Almighty.” -Rob Phillips

To see the voice. As in Genesis 3:8, "the voice" is put for the speaker. This is the right method in studying the Revelation; we must, like St. John, "turn to see the voice." We must look, not to the events about which it seems to us to speak, but to him who utters it.  --Pulpit Commentary

Revelation 1:20; in allusion to the seven lamps in the candlestick of the sanctuary, Exodus 25:37; compared to "candlesticks", for the use of them, which is to hold forth light; these have none of themselves, but what is put into them, and being put into them, they hold it forth; so the churches of Christ have no light of themselves, but what is put into them; and the light which is put into them, is not the mere light of nature, nor the law of Moses, but the Gospel of Christ; which dispels darkness, and is the means of enlightening sinners, and gives light to saints, by which they walk and work; and this light is put into the churches by Christ, whose the Gospel is, and who is himself come a light into the world; and being put here by him, it is held forth by them, especially by the ministers of it, who are the lights of the world, both by their ministry, and in their lives and conversations: and they are compared to "golden" candlesticks, because of their excellency, preciousness, and value, in the esteem of Christ; and for their brightness and purity in doctrine, discipline, and life; and for their splendour, glory, and beauty; and for their stability and duration; and though they are liable to corruption and taint, yet may be melted, refined, and purified as gold.  --Gills Exposition

​Jesus hair is white, like wool or snow. Whiteness is a symbol of purity and a freedom from sin. ""Come now, and let us reason together," says the LORD, "Though your sins are like scarlet, they shall be as white as snow; though they are red like crimson, they shall be as wool"" (Isaiah 1:18). It is an apt description of the one who lived on this earth without sin (II Corinthians 5:21; I Peter 2:22; I John 3:5).
The description of Jesus' hair is very like Daniel's description of the Ancient of Days: "I watched till thrones were put in place, and the Ancient of Days was seated; His garment was white as snow, and the hair of His head was like pure wool. His throne was a fiery flame, its wheels a burning fire" (Daniel 7:9). White hair is usually associated with an elderly person who has gained wisdom through experience (Leviticus 19:32; Proverbs 16:31). God, being eternal, would be best described as being very old and very wise. Jesus, being a part of the Godhead and eternal, would share the same characteristic. Thus the symbols portraying God, the Father, in the Old Testament are now being applied to God, the Son, in the New Testament.