June 1, 2022: Daily Koz: As November approaches, the Republican Party focuses on hoaxes and sabotage
​After a failed coup attempt that led to deaths inside the U.S. Capitol and, at least so far, little to no repercussions for its Republican planners, we know precisely how Republican Party operatives and lawmakers intend to "contest" the outcome of any of the November midterm elections that do not go their way. Republican statehouses have put in new laws allowing partisan operators to overrule elections officials who report vote counts in Democratic-majority counties that Republicans declare to be somehow suspicious. Conservative media outlets have been inundating Americans with thoroughly false claims of election "fraud," hoaxes used by the seditionist coup-plotters to demand that Democratic votes be tossed that are still being trotted out long after they were proven false. And in individual precincts, Republican volunteers groomed to believe every last batshit conspiracy the party throws their way will look to challenge voters who, in their minds, look like the sort of people who would be involved in such conspiracies.
It's all out in the open—you can't exactly pass legislation giving party partisans control over which votes will be counted in secret, after all—and is proceeding largely unimpeded, though few of the party operatives shepherding the effort are eager to talk to reporters about it.

We have a real problem here in the good ol’ U-S-of-A. Our president put the feelings and frustrations of most Americans far more succinctly than I could.
Yet there is one group of people who simply won’t acknowledge the real problem: the instrument of death itself. Foremost among them is the senator from the state of Texas, Ted Cruz. Only days after the slaughter innocent children, Cruz stood in front of the NRA and announced that the real problem was we didn’t have ENOUGH guns. Meanwhile, the governor of Texas, Gov. Greg Abbott, told us that it was all about mental health. When challenged on their positions, they chastise those who disagree with them for “politicizing” such a tragic event. Completely blind to how their politics are always at the forefront in times of tragedy like this.
--Jesus, Guns, Children, and Ted Cruz

​April 27, 2022:
Legislating morality doesnt actually change people. It just makes them look like they are changed.
As Christians we have to ask what we are really after. Do we want people to look like they are changed by Jesus or do we want people to actually be changed by Jesus? Do we want to encourage people—albeit unintentionally—to have a form of godliness but reject the power of Christ that actually transforms their lives? (2 Timothy 3:5)
2) Legislating morality is not how Jesus worked or works. (He is unchanging)
Jesus rejected political influence when He was on this earth because that is not His chosen method to further His Kingdom in this world. He explicitly said that His Kingdom is not an earthly one (John 18:36). When people tried to make Him their king, He escaped the crowds (John 6:15).
Jesus taught us to preach the gospel to every person in the power of the Holy Spirit and teach believers to obey the things He commanded. That’s how people come to faith in Christ and grow in faith in Christ, straight from the mouth of Jesus. Not through Christian morals having political influence. Not through Christianity being the dominant culture-shaping voice in society.
3) Legislating morality pushes people away from Christ.
People can’t genuinely come to know Jesus when pressured. That’s the whole reason God created us with free will. When we use political policy and influence to try to get people to live out Christian morality, it only pushes people to resent and reject Jesus.
4) Legislating morality is about preserving our own comfort, not seeing people come to Christ,.
The Constitution affords rights to all citizens of our nation of free speech, freedom of the press, freedom to practice their respective faiths or not practice any faith at all. These rights don’t only apply to Christians. By the way some Christians react to people doing and saying things that are different than their Christian beliefs, you wouldn’t know it though. People have a right to live in ways you disagree with.
That right, greater than being afforded by American law even, is afforded by God because He gives all humans free will and calls them to follow Him by choice, not force. No, He doesn’t agree with sin or rebellion against Him. Yes, there are eternal consequences for unrepentant sin against God. Yes, God wants every person to repent of their sin and be saved. Every person, however, has to respond to His call by their own choice (Acts 17:30-31).
Probably less then 4 or 5 years ago I would have disregarded everything I wrote above as being the ramblings of a left wing progressive misinterpreting the Bible to fit their own agenda. But since then I have had a heart adjustment...and understand the Christian Nationalist perspectives I was pushing without realizing, at that time, that there was such a thing as "Christian Nationalism."

​Rick Joyner, a dominionist leader and hard-right political activist, is urging his followers to support the congressional candidacy of anti-abortion activist Janet Porter, who is running in a crowded Republican primary in Ohio’s 13th  Congressional District. The primary election is tomorrow, May 3.
Porter is best known for her campaigns to criminalize abortion, but as Right Wing Watch has reported, she is also a longtime opponent of LGBTQ equality and a promoter of extreme conspiracy theories about liberals’ supposed plans to “criminalize Christianity” and lock up conservatives in concentration camps -Right Wing Watch
Last Thursday, on the eve of testifying in a lawsuit that seeks to prevent her from running for re-election, Rep. Marjorie Taylor Greene, the legendary or notorious Georgia Republican, granted an hourlong interview in her home to an unlikely outlet: the far-right Catholic news organization Church Militant, which for years has positioned itself as one of the noisiest and most outlandish partisans in the Roman Catholic Church's ongoing fight with itself. Greene is an evangelical Protestant, not a Catholic, but Church Militant is making the most of this opportunity, and has featured segments of the interview all week, starting with its opening video on Monday, entitled "Marjorie for Pope."
In the interview, Greene rehashed old beefs, described herself as a victim of Jan. 6, said the United States is so sinful she doesn't understand "why God hasn't destroyed us" and — most exciting for Church Militant — suggested that Satan is controlling the Catholic Church. -Kathryn Joyce: Salon​ 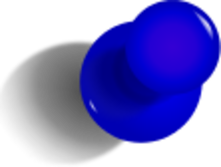 .....when you hear a politician who identifies as a Christian or identifies as a conservative and they’ve whipped the crowd up into a frenzy and you yourself get kind of carried away. When your conscience tells you, “Boy, I wish he hadn’t said, or she hadn’t said that,” or, “I think I see what they’re doing there. They just led me down a path where I started to hate the political opponent instead of just disagreeing with them,” that’s when you probably… that little ping of your conscience should indicate that that is probably not a candidate who you should be supporting.
Secondly, I think that you have an obligation to call out in a gentle way, in a text, in a phone call, in an email, say, “I heard you speak in front of that church, in front of that audience. And I heard you refer to your opponent as a,” fill in the blank. “Do you think next time you could avoid saying that term, because I think your point would be much more well-received if you just left it out.”
But thirdly, when you pray for political candidates, don’t just pray for their victory. I hear people saying, “I manifest this victory on your behalf,” or, “I pray against the others that they would be defeated and that you would win.” Let God make the determination on who wins and loses. You can pray for victory and then resign the consequences to Him. But also, pray for people to come to know Christ and the peace that defies understanding. When you begin to pray for your political opponents to come to know the peace of Christ, you’re not going to call them a name. You’re not going to call them… belittle them or mock them. -Jeff Coleman

The principal aim of political order is not to produce justice but to restrain injustice; not to cultivate the spirit of the law but to enforce the rule of law; not to create love but to set limits to self-interest; not to bring peace but to constrain the inevitable tendencies of the human heart towards violence and war. Politics cannot bring Christ to earth. It is enough if it succeeds in holding Antichrist at bay. But while the rationale for politics is original sin, the measure of politics is eschatology. The perfect eschatological society stands as a criterion and criticism of every social order, stripping it of its pretensions to transcendence and thereby freeing it to be simply what it is: a tragic necessity for a fallen world.   --Faith and Theology
Jan 24, 2022: Religious Liberty TV:  A Concept in Common: Are Sunday Blue Laws Making a Comeback?
On Monday, January 24, 2022, the Virginia state senate voted 29 to 11 (SB8) to allow people to hunt on Sundays on public or private land, so long as it takes place more than 200 yards from a place of worship.