Ask Dr Brown: ​Christian Influence in Society? Yes. A Theocracy? No.
Unfortunately, there are some Christian groups calling for this very thing (although, to be clear, when they talk about the possibility of bloodshed, they mean that their blood might be shed as martyrs for the cause). They are espousing an unhealthy Christian nationalism that merges Christian identity with national identity and wraps the gospel in the American flag. And the most extreme among them would even welcome a theocratic kingdom on earth where religious leaders dictate how the society is governed. 9.17.22 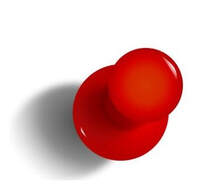 Are you a Christian nationalist simply because you believe that God raised up America for special purposes in order to bless and help the world? No.
But you are a Christian nationalist if you confuse loyalty to your country with loyalty to the kingdom of God.
You are a Christian nationalist if you wrap the gospel in an American flag.
You are a Christian nationalist if you 'merge Christian and American identities.'"
That’s why recent comments by GAB CEO Andrew Torba have raised eyebrows and confirmed the worst suspicions about Christian nationalism, being quoted by outlets such as the Jerusalem Post and further fueling the fires of far-left websites such as Right Wing Watch.
As Torba said with reference to a Republican candidate he backed, “We are going to build a coalition of Christian nationalists, of Christians, of Christian candidates, at the state, local and federal levels and we’re going to take this country back for the glory of God.”
And, what exactly, will this look like? What will it mean to “take the country back for the glory of God,” a sentiment that, in itself, can sound very positive to many Christians?
Torba explained, “We don’t want people who are atheists. We don’t want people who are Jewish. We don’t want people who are, you know, nonbelievers, agnostic, whatever. This is an explicitly Christian movement because this is an explicitly Christian country. We’re not saying we’re going to deport all these people or whatever. You’re free to stay here. You’re not going to be forced to convert or anything like this because that’s not biblical whatsoever. But you’re going to enjoy the fruits of living in a Christian society under Christian laws and under a Christian culture and you can thank us later.”
He also said, “You degenerate pagans and atheists and non-believers went way too far with the COVID nonsense, with shutting down our churches and forcing our kids to be masked, and forcing us to get vaccinated with some mystery goop in order to keep our jobs and provide for our families. You pushed us too far, and now we’re going to take dominion of this country, of our culture, of news, of entertainment, of technology, of education, of everything for the glory of Jesus Christ, our king. It’s just that simple.” ​Aug 13, 2022: Michael Brown: ​Is Christian Nationalism Dangerous?