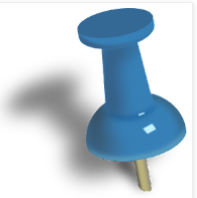 Louisiana evangelist Jesse Duplantis has been known for saying that God told him to believe that He was going to give him a Falcon 7X Jet aircraft and that Duplantis would not have to pay for it.  Trying to explain later how he talked about it with his followers, Duplantis said "First things first, I never raised money for the plane. I put it in our magazine and said, 'Believe in God with me.' There is a vast difference between 'Believe in God' and asking for money."
I was born on a Tuesday, but it wasn’t last Tuesday.
Again, Duplantis spewed forth his sketchy prosperity message loudly and clearly as he spoke recently at “Victorython,” a fundraiser for Kenneth Copeland’s ministry.  In addition to touting the validity of his own multi-millionaire status, Duplantis said “I honestly believe this … the reason why Jesus hasn’t come is because people are not giving the way God told them to give. You see what I’m saying?  I mean, when you understand this you can speed up the time.”  He was referring to the return of Christ, saying that people could quicken Jesus’ Second Coming by donating more money. - Todd E Brady; Union University 10.27.21