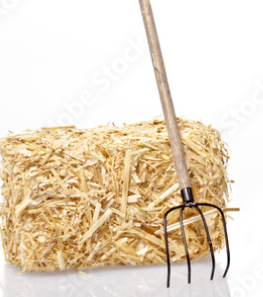 ​Dr. (Michael) Brown noted that one of the key reasons the occult is moving into churches is because churches are not teaching sound doctrine.  He noted 1 Timothy 4:1:
“Now the Spirit speaketh expressly, that in the latter times some shall depart from the faith, giving heed to seducing spirits, and doctrines of devils.”
He also referenced 2 Corinthians 11:14-15 that mentions Satan and how he transforms himself as an angel of light and his ministers as ministers of righteousness.  In other words, they’re basically counterfeiting the things of God.
He also mentioned the warning in 2 Timothy 4:3(a):
“For the time will come when they will not endure sound doctrine.”
In other words, some churches don’t preach sound doctrine because for them, doctrine divides.  They want to be non-judgmental.
The second reason this fusion is taking place is because many Christians aren’t in their Bibles. They claim to be Christian yet haven’t studied to show themselves approved unto God (2 Timothy 2:15).  This sets them up for deception.
He encouraged listeners to, “Prove all things; hold fast that which is good.” (I Thessalonians 5:21)  So if you don’t know what the Bible is, How can you use it as a standard?  -VCY America
​The prosperity gospel has to be one of the grandest deceptions of all time. A Time poll conducted in the USA in 2006, produced the following statistics:
“17% of Christians surveyed said they considered themselves part of such a movement, while a full 61% believed that God wants people to be prosperous. And 31% – a far higher percentage than there are Pentecostals in America – agreed that if you give your money to God, God will bless you with more money” (Time, Sept. 10, 2006).
From America the message has permeated the whole world, most notably Nigeria where two of the biggest promoters are David Oyedepo, whose Canaanland church seats 55,000, and Enoch Adeboye, whose Redeemed Christian Church of God claims branches in over one hundred countries, 14,000 branches in Nigeria, and 5 million members in Nigeria alone. In 2008 Newsweek magazine listed him as one of the 50 most powerful people in the world.

The prosperity message has mutated into many variants that all share certain common traits and roots. A closely related teaching to the prosperity message is the “word-of-faith” teaching with its erroneous views on faith. Many regard these errors as the same thing and while they are related and claim to produce the same fruit, their doctrinal and historical roots differ.

The word-of-faith message developed simultaneously and parallel to the prosperity message, but its roots trace back through EW Kenyon to Christian Science, while prosperity’s roots trace back through Oral Roberts to Napoleon Hill. This article therefore only deals with the roots of the prosperity gospel which can be summed up as “give to God and He will give back to you” or “sowing and reaping”. (Word of faith is summed up in “name it and claim it” aka “blab it and grab it.”)

Even to the casual student of Scripture it is clear that the prosperity gospel is another gospel which preaches another Jesus (2 Corinthians 11:4). This message preys on people’s greed and lust for money and lures the greedy into a religion which worships Mammon rather than the true God. The fruit clearly defines this as a doctrine of devils.
--Apprising Ministries