We do not fight for victory; we fight from victory.  As believers in Christ we are invincible. The Bible has given us numerous promises of victory over the power of the enemy.

​We must distinguish the serpent from his prey. This is why we seek to convert our opponents, not own or destroy them. We seek their rescue, not their ruin. As we’ve seen, “winsomeness” is not a strategy for cultural engagement, as if we could win cultural arguments simply by being “nice,” but lest we forget, we are deeply invested in winning over our opponents. As Augustine taught, we stand against the world for the good of the world.
The challenge for culture engagers is that we downplay the against—we become so focused on working for the good of the world that we adopt a conciliatory, affirmative posture that never runs into a hard line of antithesis, and thus we avoid any adversarial stance toward the world. The challenge for culture warriors is that we get so wrapped up in the drama of standing against what’s wrong that we are seized by contempt and resentment, and we forget who we are fighting for. In the Scriptural imagination, our fight is for our opponents, or at very least, for the people who will be harmed by what our opponents propose. ​Culture engagers can easily neglect the reality of the spiritual warfare and eternal stakes. But culture warriors can lose sight of that spiritual battlefield, just in a different way—by reducing the cosmic picture of powers and principalities to temporary, earthly policies and positions (and the people who hold them). Jesus is clear: even if our neighbors become our enemies, we are to love our enemies, pray for them, and do good to them. This is the Christian way. Contempt must be killed. -Trevin Wax: Gospel Coalition
​Paul is telling us something intrinsic to our Christianity in these verses. We must first be secure and solid in the truth of God’s word. Tie it to yourself in many ways, reading it, speaking it, confessing it, praying it. Apply it daily. In the truth of God’s word all our weapons will hang. They must be in place and ready to use at a moment’s notice. -Discipleship Training Ministries
​Now, we have to be careful with this armor imagery not to get bogged down in minutiae, that is, in how each piece of armor works in light of the comparisons presented here. The main point is the very point emphasized in the very first verse of this passage, verse 10: “...be strong in the Lord and in the strength of his might.” There's our armor! That's our protection! It's what Paul called in 1:19 “the immeasurable greatness of his power toward us who believe”. You see, to “put on the whole armor of God” is not a magical or mystical practice that results in supernatural protection. It is a 'gospel practice' that rehearses and is reassured by the supernatural protection we already have in Jesus.

​Based on my studies and on numerous modern translations, I believe that first verse might more accurately read this way: “For our wrestling match is not against persons with bodies.” That is very vivid. In other words, we are not wrestling against human beings. Your mother-in-law is not the problem, nor even some dictator like Stalin or Hitler. Our wrestling match is not against persons with bodies, but against rulers with realms of authority, against the world dominators of this present darkness, against spiritual forces of wickedness in the heavens. -Derek Prince
​Rom 13:12 (NIV) The night is almost gone, and the day is near. Therefore let us lay aside the deeds of darkness and put on the armor of light.
Jer 46:3-4 (NIV) "Prepare your shields, both large and small, and march out for battle! Harness the horses, mount the steeds! Take your positions with helmets on! Polish your spears, put on your armour!"
1 Cor 14:8 (GLT) For if a trumpet gives an uncertain sound, who will get himself ready for war?

Jan 26, 2022: Church of the Pentecost: ​Be Fully Dressed In God’s Armour – Apostle Danzerl Advises Christians
Speaking on the topic: “Mobilizing Squads for Effective Impact in the World,” with references from Ephesians 6:10-18, Apostle Danzerl encouraged the clergy and Christians not to be afraid, saying that, “although the church on earth is known as the church militant because of the constant warfare it is engaged in, those who stand till the end will join the church triumphant.”

Walter Wink argues in Naming the Powers that the language of “Principalities and Powers” in the New Testament refers to human social dynamics—institutions, belief systems, traditions and the like. These dynamics, or what he calls “manifestations of power,” always have an inner and an outer aspect. “Every Power tends to have a visible pole, an outer form—be it a church, a nation, an economy—and an invisible pole, an inner spirit or driving force that animates, legitimates, and regulates its physical manifestation in the world. Neither pole is the cause of the other. Both come into existence together and cease to exist together.” -Open Democracy 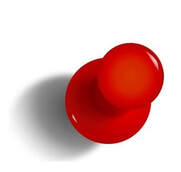 ​Sometimes, as Christians, we allow western thinking to affect our spiritual practices by attributing everything that happens in our lives to a natural cause and effect. The western worldview emphasizes that the only real things are what can be known or experienced through our five senses—hearing, seeing, smelling, tasting, and touching.
On the opposite end of the spectrum, there are those who want to blame every bad thing on demonic activity, often to the neglect of taking any personal responsibility for their own choices or actions.
Giving in to either of these ways of thinking will cause failure and defeat. While it is true that some individuals can get absolutely strange in how they approach spiritual warfare, we should not fall into the trap of mocking biblical precedents, like the one given in Ephesian 6:12.
There are times when every possible solution available in the natural will not change the outcome of a situation because our wrestling is not only with the physical realm, but also the unseen, spiritual realm.
For this reason, we are admonished in scripture to take up the whole armor of God, that we may be able to withstand the wiles of the devil (Eph. 6:13). The word wiles means methods or strategies. While some will try to minimize Satan’s power, I believe this is a big mistake. Never underestimate the power of the enemy. Of course, we should also never give in to fear, but instead, we need to equip ourselves with the knowledge of God’s word and know that the greater One lives inside of us. We have been given weapons of warfare that we must use against the strategic plans the enemy has to steal, kill, and destroy (John 10:10). -Generals Information