​it's just disappointing to me that so many Christians in their bios, their little Twitter, I mean their avatar say, Jesus-loving, coffee-loving, Reformed Baptist. I love my wife and my kids and my church. And then they, you know, they say all these un-Christ-like things. It's, it's remarkable. And the best one ones that I, the best ones, I have a little folder on my phone that says, Andy haters, and I save the best ones. And I read them to my kids. So maybe somebody out there is part of the Greatest Hits, because it's crazy what people who have never met me say about me. And not just me, everybody. So yeah, that's, that's just disappointing that there's that many people that are part of the body of Christ that feel there's nothing in their conscience that kind of rings and, you know, warns them that, hey, maybe you shouldn't do this, so anyway. -Andy Stanley; World; 5.14.22

​I'm very conservative, politically, very conservative, conservative person. But to watch Republicans in particular, demonize, demonize Democrats, not just Democrat political leaders, just everybody's a Democrat to say, you know, we want to do evangelism and discipleship, but we're going to demonize half the country. And at the same time, so many Republicans pitch the Democrats as godless, they're against church against family. In other words, they need Jesus. So let's talk about them in such a way that they will never listen to us again, and never step foot inside our church. I'm like, wait, if the Democrats are as bad as you say they are, which I disagree with that bifurcation and with, you know, that kind of stereotyping. But let's, assuming for a minute that that message was true, well, then, shouldn't you be building bridges? Shouldn't we be thinking like missionaries? But instead, we ran to our political corners, and we discovered in this season what's been true for a long time, that what's most important to many of the evangelicals, many conservative Christians is what's important to everybody else, and that is winning. We got to win, win win. And then you open the New Testament and realize, Jesus decided to lose, lose, lose, on purpose with a purpose, with us in mind. And we are, we are commanded to follow him. And I just, oh. And when I want to say one other thing to be clear. It sounds like I'm, you know, wagging my finger, you know, pointing fingers. Early on in the book, I say, no, this is not a you versus me problem, this is a we problem because we're of the same body. And if you slap me with your hand, I'm not mad at your hand, I'm mad at your entire body. And so we have a problem. And I think 2020, you know, everything that happened in 2020, culturally, politically, you know, in terms of the health crisis, it revealed something dark and ugly about the current state of evangelicalism, and we need to look at it, be embarrassed by it and fix it. So this is my, you know, my attempt to add to other things that have been said to, to basically say, let's not do this again.  -Andy Stanley 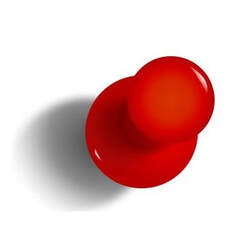 In case the legislators think a pastor couldn’t possibly understand the political realities of the day, (Pastor Andy) Stanley reminded them that one location of his congregation meets in heavily conservative Forsyth County and another meets in the more liberal Atlanta suburb of Decatur.“I understand this,” he said. “It’s like two different countries.”
Yet success — making Georgia “amazing” — will only happen in the middle, Stanley emphasized.
“Do you love the state of Georgia more than you love your party? If not, maybe you should do something else.”
“I understand, but not as well as you do, it is hard to raise money in the middle. It’s hard to get people angry enough to vote in the middle. It’s hard to get people to turn out and vote if you’ve not made them afraid of their enemy. … It’s hard to do what you do if you don’t play this silly game, and I just wish we would stop with, ‘Oh no, we’re losing, we’re losing, we’re losing.’”
In politics, Stanley said, “the goal is to always appear as if you’re losing but not to actually lose. What a terrible way to lead. What if we just stop with all that and when we catch each other doing that, we call each other out.

Sitting in political rallies where such divisive rhetoric is used, he challenged partisans to say, “Even though I’m in your party, even though I’ll probably vote for you, I’m not buying it and I’m not going to respect it by clapping for it.”
Taking such a stand “requires a lot of personal maturity and personal security. To lead from the middle, it will require you to love our state more than you love your party. Do you love the state of Georgia more than you love your party? If not, maybe you should do something else.” -Baptist News Global
Jan 10, 2022: Christian Post: ​Andy Stanley says shutting down 'the excuse factory' essential to living God-glorifying life
Andy Stanley, the pastor of North Point Ministries, urged Christians to stop making excuses, explaining that many professing believers construct a “paper wall”— often fueled by fear or insecurity — that holds them back from living a God-glorifying life.
Nov 15, 2020: The Atlantic: The Evangelical Reckoning Begins
​Andy Stanley, the pastor of one of the largest megachurches in the country, ponders the future of an influential corner of American Christianity.
Aug 23, 2020: Christian Post: Pastor Andy Stanley explains why North Point is suspending services until 2021
Responding to some members who accused him of “bowing to Caesar,” Pastor Andy Stanley of Atlanta’s North Point Community Church explained why his church decided to suspend services until 2021. The decision, he said, is not “left-wing, Marxist agenda,” but based on what’s central to the Christian faith.
April 15, 2020: Pirate Christian: ​"Unhitching" Jesus?: Did Andy Stanley's Easter 2020 Message "Unhitch" Jesus From Scripture?
​Andy Stanley's Easter 2020 message said we don't know about the resurrection because of the Bible. What if he is creating unnecessary and unhelpful distinctions that weaken the foundation of our faith instead of strengthening it?
May 8, 2015:  Raw Story: Megachurch pastor rejects his father’s bigotry: Jesus would want you to bake a gay wedding cake
Andy Stanley, who has turned North Point Ministries into one the nation’s largest churches, said Christians must stop driving gay teens away from the church – saying that politics should not overrule biblical teachings, reported Project Q.
Nov 19, 2012: CNN: Two preaching giants and the 'betrayal' that tore them apart
Andy Stanley walked into his pastor's office, filled with dread.
​Books by Andy Stanley: