Baptist News Global: Republican losses in midterms are worth it because of ending Roe, Mohler explains
And Mohler has a ready answer for that deal: “I would take the reversal of Roe v. Wade over the electoral win. Now again, our job is to try to achieve both, but the fact is that the election was a disappointment for the pro-life cause. But nonetheless, we are still going into the end of 2022 with the most significant headline news story being the reversal of Roe v. Wade after almost 50 years of deadly precedent.” 11.15.22 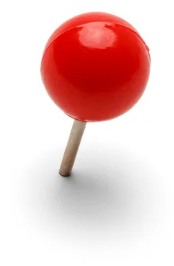 ​First and foremost, there must be massive revival in the Church leading to multitudes of conversions in the society leading to a glorious national awakening. It is only when tens of millions of Americans get God’s heart for the unborn that the tide will turn more decisively in the direction of life.
As stated in a quote attributed to Francis Schaeffer, “Every abortion clinic should have a sign in front of it saying, ‘Open by the permission of the church.’”
As the Church comes alive to the horrors of abortion and the sanctity of life and as God’s people win the lost and make disciples by the millions, the tide will turn towards life.
Second, we must continue the battle of changing hearts and minds, exposing the realities of these draconian pro-abortion bills and continuing to display the personhood of the baby in the womb.
I expect and hope that just as many Americans are waking up to the insanity of extreme transgender activism, in particular the chemical castration and genital mutilation of children, they will also awaken to the reality of abortion.
The good news is that Roe has been overturned, something that seemed completely impossible to many for decades. It is also to be expected that the pro-abortion side has been freshly energized for the fight.
But the same perseverance that battled for 5 decades to see Roe abolished is the same perseverance that can see the tide turn to life state by state.
Still, without a sweeping national revival, none of this will happen. With it, today’s radical pro-abortion laws can end up in the dustbin of history. --Michael Brown; Here's How we make America ProLife 11.15.22 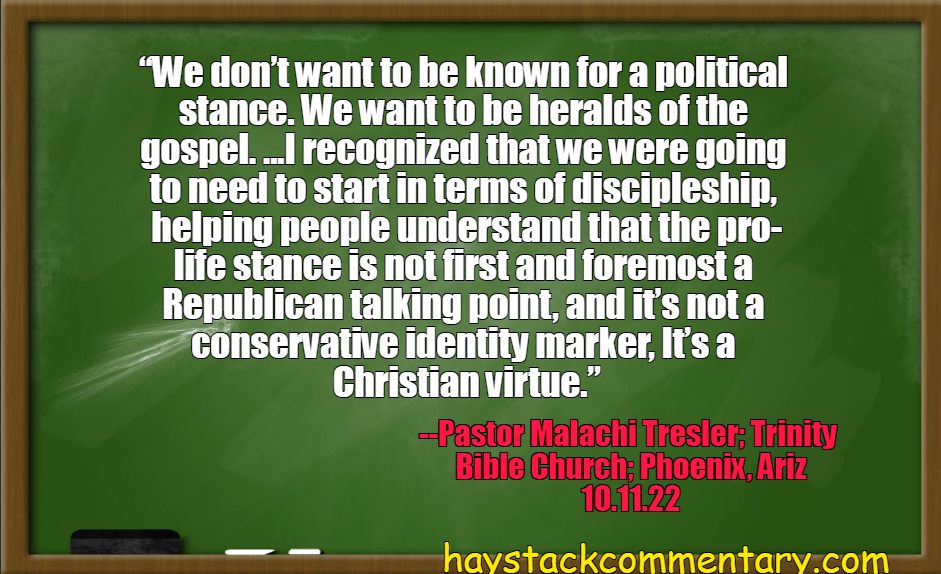 ​July 24, 2022:
Anne Graham Lotz recently told an audience: "On the morning of Friday, June 24, the Supreme Court took a significant step in leading our nation to turn around when it overturned Roe vs. Wade. Six courageous justices chose life. I applaud their decision as a victorious first step for the well-being of our entire nation as we turn around from the federalized legalization of choosing death."
​     I do see a lot of Christians imply ideas similar to hers. But I don't think the decision by SCOTUS really means what they think it means. You cannot legislate morality. You can make a law...but for a nation to turn you have to change hearts. A moral victory would mean it would be unlikely that it could be overturned. SCOTUS laws, however, can. It's the nature of a court that is partisan and not actually meting out any justice, which is what the Supreme Court has become. The right wing, with the "Christians" they dragged along are seeking justice through laws made by men. And following the fascist railings of a mad man known as Donald Trump. They say that Republicans have done a lot of changes to election rules which are not fair.  And they have done it because they know that if elections are honest they can't win. A lot of Christian Nationalists have done the same with Christianity. They don't believe that by being honest that they can win..so they decided to become political and ignore good Christian morals. Change a law...you win til it changes again. Change a heart..it's forever

March 19, 2022:
Faith comes by hearing the word of God...it does not say it comes from reading the word of God. Granted, reading the word is important and it is a sure help for growing faith. But if God is really there than you need to LISTEN to Him. Through that you will have assurance of not showing up on that day and God saying "I dont know you." If youre having a problem with actually hearing God it is not because He does not want to speak. He weighs your heart. Demonizing people you label as progressive and will not help the weight of your heart.
Politics is a symptom....NOT a remedy. It never will be. Laws will stop some abortions...but will not stop abortion. And the women prolifers spent years saying they were not going to be arrested or jailed for it....will now be arrested and jailed for murder...so dont expect anything parades for the "laws". After 40 to 50 some years of the church addressing it as a political movement...they still missed the whole vision. It is possible that God could have intervened shortly after January 1973. But He wasnt invited. Instead political agendas and anti-abortion groups took to action and politicians year after promised to end abortion....and best the Church could do was ask God to bless their endeavors. Now both left and right have created a cataclysmic riff and mucked it all up. NEVER does the Bible under the new covenant authorize politicians to share His glory. He wont do it. And now here we are. Star preaching about the God who is there and not the one you can only read about in the bible.
Jan 28, 2022: Baptist Messenger: ​GUEST COLUMN: EDMOND, FIRST HOSTS ABOLITION CONFERENCE, FEB. 5-8
Abolition is a grassroots movement among churches to abolish abortion in Oklahoma. The tenets of abolition are built upon the following five principles. First, abolition is biblical. Rather than leaving the Bible out of engagements, abolitionists ground God’s Word as the foundation for everything that they do. The concept of abolitionism (the removal of evils) is derived from the Word of God. It follows from the call to do justice, love mercy, and walk humbly with our God (Micah 6:8).